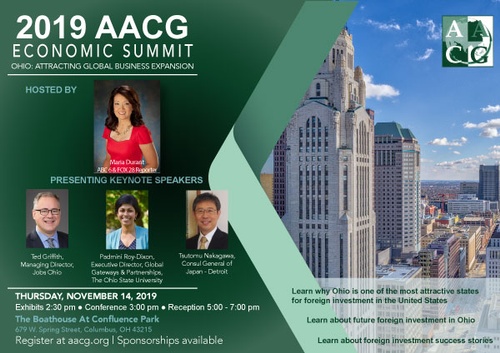 AACG Welcomes You To The 8th Annual Economic Summit.
This year's theme is Globalism Impact on Ohio. From Honda's 15,000 employees to the over 6,000 international students studying at Central Ohio's universities, Globalism has transformed Ohio's economy. Learn about future foreign investment in Ohio and what makes Ohio competitive in the global economy.

AACG is a non-profit organization whose mission is to foster the advancement and creation of synergy among the Asian American business community and its supporters through business networking, education, and inclusion.